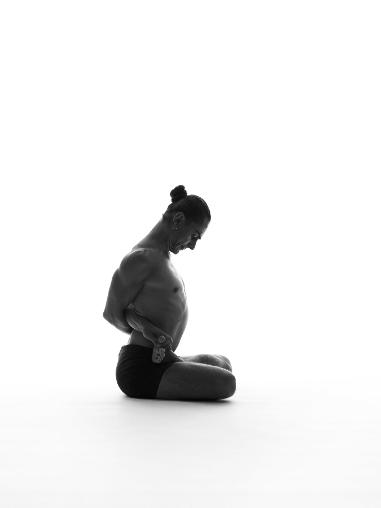 Petri Räisänen (born August 13, 1967) is internationally known and respected Ashtanga Yoga teacher. Petri started practicing Ashtanga Yoga in 1988 and teaching in 1990. He is a devoted student of his Guru, Sri K. Pattabhi Jois, and was authorized to teach Astanga Yoga in 2001 by Guruji. Petri is careful to pass on his Guru's exact teachings.

Petri started practicing Ashtanga yoga in 1988 and teaching in 1990. Petri is co-owner and director of Ashtanga Yoga Helsinki, one of the world's largest Astanga Yoga Shalas, which he founded with his friend and colleague, Juva Javanainen, in 1997. Sri K Pattabhi Jois blessed the school to teach the traditional Astanga Yoga method.

Petri focuses on integrating healing and therapy with yoga, meeting student's individual needs and guiding their progress. Petri's yoga pose adjustments are gentle, effective, therapeutic and, according to some, almost magical, and originate (besides his own practice and teaching) from his past work as a traditional Finnish folk healer and naturopath. His friendly, relaxed behaviour and intuivite perception give an open, energetic and meditative atmosphere to his classes.

In 2004, Petri wrote "Astanga - The Yoga Tradition of Sri K. Pattabhi Jois" in collaboration with Sri K. Pattabhi Jois and his grandson, R. Sharath Jois. The book introduces the primary series (1st series) Astanga Yoga method and philosophy, as well as its potential as a physical, mental, intellectual and spiritual practice. His intermediate series (2nd series) book "Nadi Sodhana" was released in 2008 and is written mostly from the interviews with Sri K. Pattabhi Jois from 2006-2007 in Mysore, India. Both books are written as part of Petri's ongoing pilgrimage into Astanga yoga's inner word, with a great sense of respect towards his Guru and the Yoga Tradition.